London, 19th May 2017 14.00 GMT. Reps, the Real Estate Project company, together with Women in Property (WiP) hosted their first Women’s Charity Golf Day yesterday at the Chigwell Golf Club in Essex. The aim of the event was to promote diversity in the industry and to give women their own opportunity to play golf.

“The event was a huge success, with over 50 people from the property industry playing golf on a beautiful course and having the opportunity to network and have fun”, Jerry Williams, Director and Founder, Reps says: “Golf is a popular and frequent social event in the industry, but it is rare that I see ladies on corporate golf days, despite having met quite a few who play or would like to play. I am delighted that the day has had such strong backing from the industry and is now set to become an annual event”

The tournament saw 14 teams of four playing on the day, which was open to golfers of all abilities, but imperative was that each team had to include a minimum of one female participant. Companies who fielded teams included Reps, Overbury, Como, Mala, Modus, GDMP, ISG, Bigham Anderson Partnership, MiX Consultancy, AreaSq, Hardwicke Chambers, PTS, Mala and with Task Systems winning overall.

Women in Property supported the event and had four teams drawn from its network playing in the tournament. The Association of Women in Property draws members from across many different property disciplines, from architecture to engineering, planning to surveying. WiP works with businesses and other industry organisations to help redress the gender imbalance in the industry – currently women comprise only 15% of the workforce.

Brenda Jones, National Chairman of WiP comments: “This is a very sociable way to remind the industry that gender parity needs to be incorporated into all aspects of working life, golf days included.  Our members participate in charity marathons, cycling, even horse racing, so we are pleased to add a women’s golf event to our fund-raising activities. Congratulations to all who took part and for Reps for organising the competition.”

The competition was tough and prizes from Sponsors including Reps, Como, Overbury and Task Systems were won by Margot Waddup of Wells Fargo for Best Woman’s Score, Kate Vine of Perkins and Will for Woman’s Longest Drive and Leslie Hill Smith of Cripps LLP for Woman’s shot ‘Nearest the Pin’.

Jerry Williams’ co-Director Caroline Pearce-Browne says “We hope the Women’s Golf Day will become an annual event and that over time it grows both in terms of the numbers attending, but also in raising awareness of the issue of diversity in the property industry”. She continues “As a woman and a co-Director of a company operating in the property sphere, Reps corporate structure quite neatly summarises what we would like to see replicated across the industry.”

Jerry specialises in Real Estate Strategy, Project Direction and manages Real Estate affairs, Projects and Facilities. He has extensive experience in developing Corporate Real Estate strategies, managing relocations, the acquisition and disposal of Real Estate, building and managing Facilities teams and establishing procurement functions. Caroline specialises in client side (occupier side) Project Management of real estate and business transformation programmes. Her experience and background has grown from large scale, Executive sponsored change programmes, including operational, M&A, technology and regulatory change. Since joining Reps 5 years ago she has focussed on merging her organisational change experience into the delivery of real estate change programmes including major relocations and new ways of working initiatives.

What you can read next 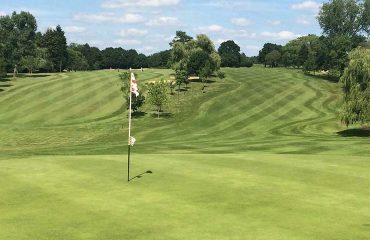 Are you ready to tee off? 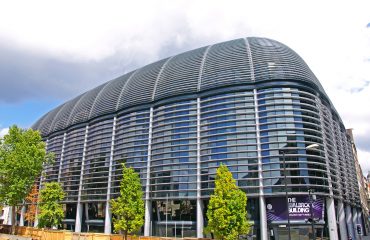 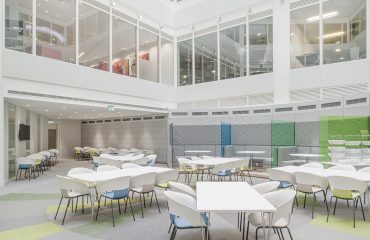 Should Lawyers Open Up…?